All good things must come to an end. This was certainly true for my trip to Ibiza; my two weeks were almost up, my bags packed ready to travel to Switzerland. I’d enjoyed an unreal time on the white isle, went to some major closing events, saw some of my favourite DJs and generally had an exciting and hedonistic two weeks.

Then on the Sunday daytime, my good friend and fellow creative, Ruairi calls. He gives me some monumentally good news, that he’s been able to get me a media back stage pass for Sunday’s at Space Closing Party! In return he asks if I can help out with filming Darius Syrossian and the Do Not Sleep event. Extremely grateful to be included on an important Funk-Soul Media production and with this being a once in a life-time opportunity, I accepted the invitation without hesitation (you’d be mad not to!)

Fast forward to a journey on the disco bus and we arrive about 11.00pm (nice and early) at the legendary club that is Space. 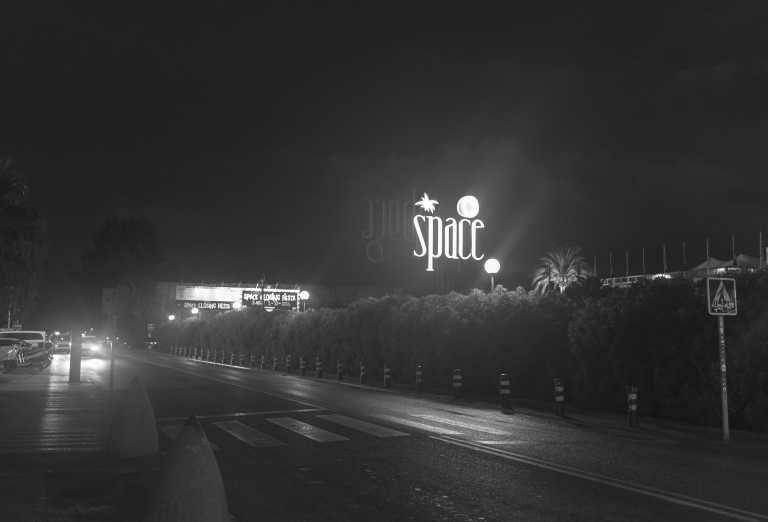 So the plan of action for the evening was to shoot footage for Do Not Sleep, get some shots for my personal portfolio and help out with an interview of Darius Syrossian himself. Simple right? Well not so much, Darius was particularly busy that evening, he was playing back to back in-between the booked DJs. His schedule looked like this…

So in the meantime, we went to watch who was on in La Discoteca. First up was this guy. 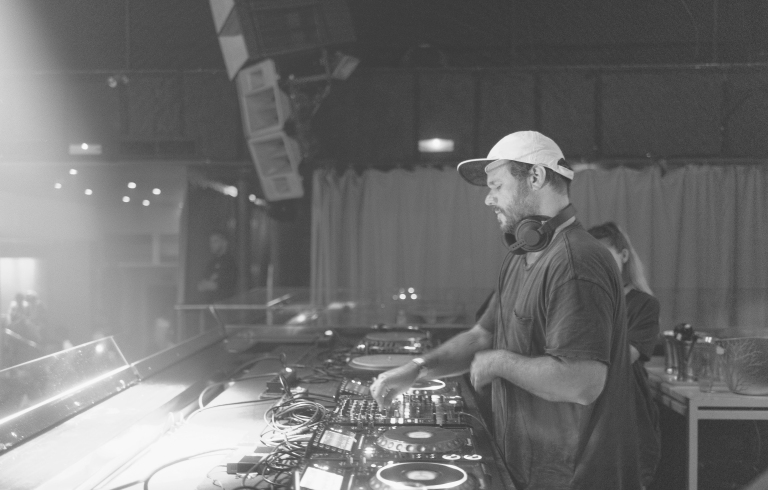 He was playing some nice house and disco tunes (Video Track ID: Midland – Blush), they were seamlessly mixed and the crowd was loving it, a true pro. I had no idea who he was at the time (I hadn’t seen a line-up sheet for the discoteca room) but I promised myself I would find out later. Back to La Terrazza with Do Not Sleep and Darius alongside Leon were holding the room down with Tech House and Techno weapons. 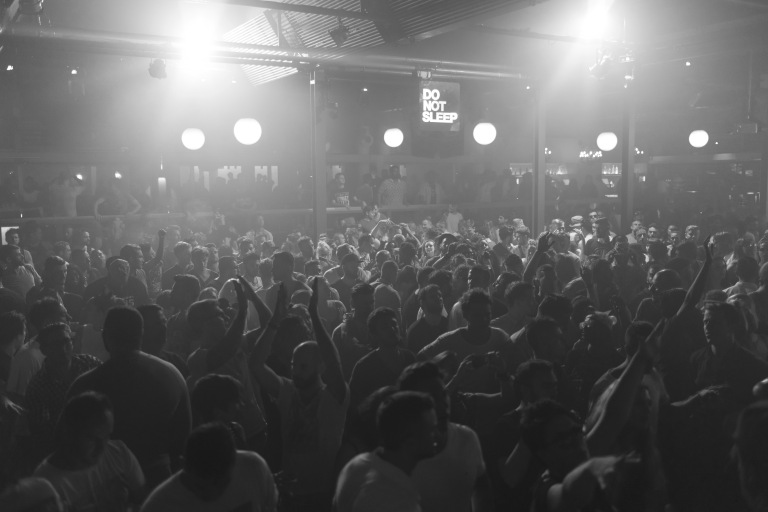 (Video Track ID: Mighty Dub Katz – Let The Drums Speak -Butch Remix) I had always somehow missed out on seeing Darius in previous years, either being busy with photographing an event or having to work the next day, so to see him, in the legendary nightclub that is Space, was like a dream come true. He didn’t disappoint with each record he played, dropping tracks like Floorplan – Tell you No Lie, which had become a Ibiza anthem to myself and many others. 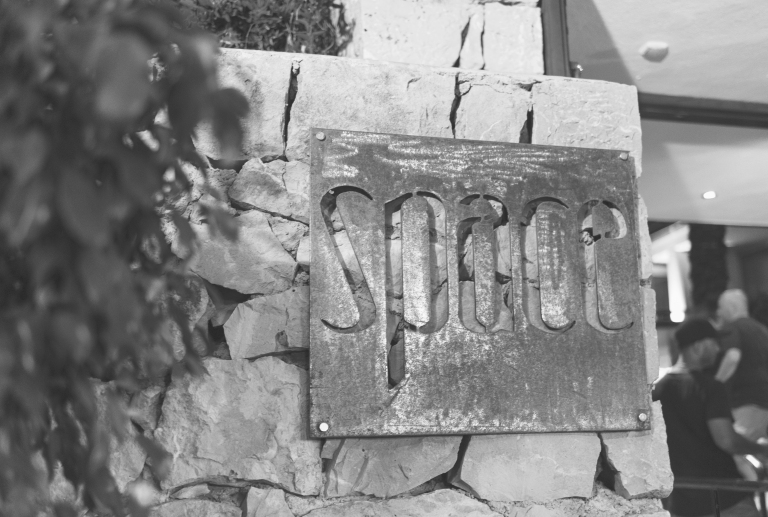 Now it was time for a quick meeting in the backstage staff rooms with Ruairi and Camilo (Party Time Media) to discuss what we were going to do about securing the interview with Darius. Five minutes later, the mysterious DJ from before walks in. I lean over to Camilo and ask “mate, who is this guy?” and Camilo responds “That’s Tensnake man”. I suddenly feel in awe (and a bit silly for not knowing who he was), that the producer behind one the first house tracks I ever listened to is sat in the room. Ruairi convinces him to an interview and he graciously answers our questions. I will say one thing, that he’s a credit to DJs every where; easy to talk to and not about the VIP life. Returning back to the La Discoteca I managed to catch Derrick Carter doing his thing just before change over with Josh Wink going back to back with Steve Bug. With the video below I’m not sure whether it’s Wink or Bug, but that track that drops is fire! I’ve been unable to ID it, presumably because it’s a live edit with a My House acapella sample for the build up. But if someone knows what it is then please let me know! 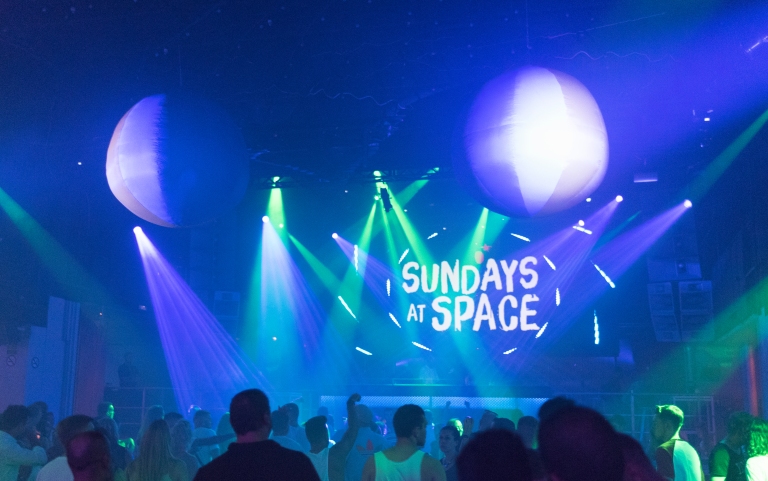 With the night drawing to an inevitable close I rejoined Ruairi and Camilo in the La Terrazzo room; Darius Syrossian & Anja Schneider have the crowd in the palm of their hand, Anja bringing them up with Techno bangers and Darius bringing them down with deeper Tech records. Then they make my entire evening by dropping Born Slippy, an obvious crowd pleaser, but a perfect way to finish the night, with a proper classic. 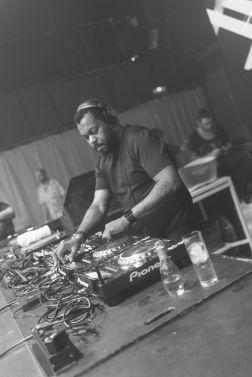 Ten minutes later they finish their set, met with applause. I followed Ruairi and Camilo to get the footage with Darius we had been waiting for the entire night. Darius looked contented but tired (who can blame him after DJing for 6 hours!) he was ready to go to his after party, however he kindly gave us five minutes to answer a few questions Ruairi had prepared for him whilst Camilo and I filmed.

To be honest I’ve never met a more sound DJ and because of this chance meeting I gained more admiration towards him as artist. He really loves the scene that he’s involved in and works hard to create something special, whether it’s with his Do Not Sleep event or his own releases.

I cannot take credit for the Video below at all, Ruairi and Camilo work in Ibiza all season and it’s their fantastic filmography and production that I admire, I just gave them an extra pair of hands that night. A massive thank you to both of them for bringing me onboard and I dedicate this article to them. As a final thought; although the club maybe gone, it’s legacy is firmly cemented in history and my memories of Space will undoubtedly last a lifetime.