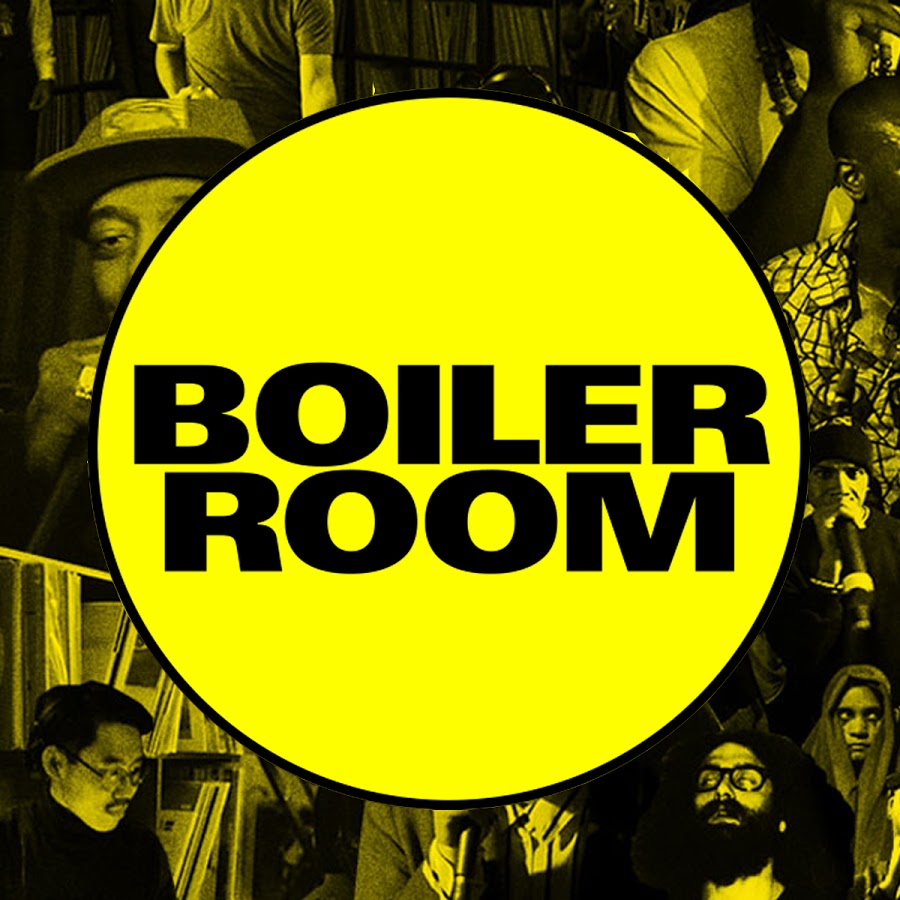 Brief description of Boiler Room
Boiler Room is a global online music broadcasting platform commissioning and streaming live music sessions around the world. Founded in London in 2010, Boiler Room has now hosted shows in around 100 cities worldwide, from Stockholm to Shanghai. They have regular operations in London, New York City, Berlin, Mexico City, Sydney, São Paulo  Tokyo, Kraków, and Los Angeles and produce an average of 30-35 new shows each month. Their music programming originally focused on electronic music such as garage, house  techno, dub but quickly expanded to include additional genres, including grime, hip hop classical, jazz, and world. (nicked from wikipedia.org)

Main Feature
For starters, don’t get this article twisted, put your macs down keyboard warriors, and listen first before any hipster-esque judgements are made. I love Boiler Room. I really do, I watch/listen to it once a week, either to gain more music knowledge about new artist/genre or to re-watch old favourites. I wear my ‘public service’ t-shirt out to parties and things with pride, occasionally getting an appreciated acknowledgement nod from a fellow fan. It’s almost like being in a secret club where all the best music is situated but is also at the same accessible to everyone via this strange place called the internet. Generally I see Boiler room as the experimenters, the forward thinkers, the trend setters of the alternative electronic music scene. Their taste is unique and ultimately impeccable.

One of my all time favourite sets

However, they do from time to time have a bit of egomaniacal overly hipster image problem. From people not dancing at shows to the die hard fans who lie in wait, ready to splurge intellectual music knowledge on BR sets that no-one asked for. I think Douglas Greed wrote a song about these kind of people.  You could say that Boiler Room are blameless in all this, but occasionally they can’t take a joke either (*cough, grimes set cough*). But I’m very glad that we live in a world full of people that know what a joke is and spend their precious time taking the concept of Boiler Room at flipping it on its head for comedic effect.

This article pays tribute to some of best BR satire comedy creators.

Where it all began…
Back in 2013, I had only seen a few sets of BR (starting my love affair with Skream B2B Disclosure). This video (which until now I thought I would never see again) which was uploaded by Comrade Massie, (then subsequently taken down by BR) was the first Boiler room related comedy piece and its quite simply, brilliant. “Thom Yorke doesn’t give a fuck”, thats all i’m saying. (video via some chinese site)

It’s all about the GIFS
Moving forward to 2014, The blog “Boiler room knows what you did last night” (BRKWYDLN) was created and enjoyed a similar internet fame to the previous video. This time the format of the humour was presented in clever observational GIFS, which pokes fun at not just BR, but dance music culture as whole. I’ve left a few of my personal favourites below for your enjoyment. (All via http://brkwydln.tumblr.com/)

The Youtubers
In 2015, the comedy music blog Wunderground had began to set its roots as the leader in the niche world of underground satirical comedy. On Youtube however, groups of video producers were attempting other ways of creatively taking the piss out of the now globally known Boiler room. Channels like ’90’s Boiler room’ play on the music elitism of BR by replacing the set music with songs that are a little different to the usual playlists of the Boiler Room DJs. Case in point, all the videos below.


Parody?
Finally to finish, the last video is the only one of its kind in existence. Back in 2014 an Australian electronic group known as Moving House parodied BR along with UK DJ & Producer Paleman! Apart from the tongue in cheek humour and parody the group pull here, the set is pretty decent also, so definitely give it a watch.