I’ve now been in Manchester a month and I’m now very happy to present a new feature to Zone Focus. When I started ZF, the one of the main purposes was to place reviews of party events onto one platform that everyone could read and enjoy the music and moments from a great night out. So when the opportunity came to review the forward-thinking underground event, Transmission Funk, I was overly hyped for my first review. The reason behind this is the artists that they booked for the 9th of November. DJ Boring and Harrison BDP are a perfect b2b matching for a sick night out in the northern city.

Labelling their music policy as House, disco, techno and everything in-between, Transmission Funk has established itself as a favourite night of choice for students and mid-week ravers. In the past, they have featured fantastic headline artists such as Artwork, Dan Shake, Detroit Swindle, Eliphino, Space Dimension Controller and many more on their crazy evenings out on the town. After experiencing the event for myself it’s clear to see how the promoters behind the night have been keeping their guests hungry for more since 2014. I’m very happy to present Dancefloor Report 001: Transmission Funk at Soup Kitchen. 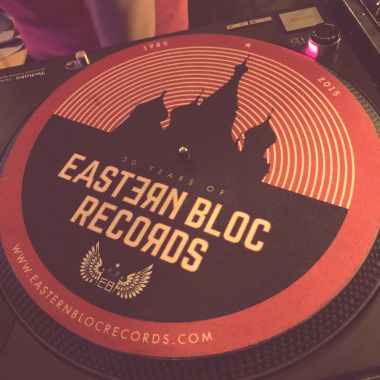 The night started out at Eastern Bloc Records located in the heart of the Northern Quarter. A cultural Manchester icon with a heritage deep within dance music (one of the previous owners formed 808 State), it now serves the city with electronic vinyl & CD releases and hand roasted coffee during the day. But during the evening it hosts nightly DJ sets from some of the best cutting-edge electronic artists on the scene today. There was no exception this evening with a featured appearance from Harrison BDP. First impressions of the intimate shop come pre-party bar as I entered were; I’d found the underground scene alive and kicking in Manchester.

It’s was already 9pm and the bar was full of excited guests chatting and enjoying the disco and house beats laid down by Harrison BDP. I promptly ordered myself a cider from the barman and got amongst the crowd at the back of the room swaying to the beat of the rhythms. The close nature of the room added a relaxing vibe to the pre-event and the nature of the people was friendly, something I’ve come to expect from a night out in Manchester, everyone is a friend here. Harrison was playing a great selection of tracks, but one that caught me by surprise, My Side Project by Darius Syrossian. An old release by the tech house maestro, but these grooves fitted in well with other upbeat house tracks like Faction by Rhymos, which really got the room moving.

At 11pm Eastern Bloc closed its doors and the clubbers spilt out onto the northern quarter streets in preparation for the opening of Soup Kitchen. Out of the corner of my eye, I catch Harrison chatting with what looks to be the organisers of the event and a guy stood next to a gleaming record case. This man with long hair was the second part of the headlining b2b set this evening, DJ Boring. The London producer has certainly made a name for himself over the past 18 months, notably with the youtube sensation “Winona”. Finishing my cigarette I head over to cue outside the underground hub that is the Soup Kitchen venue.

Soup Kitchen is a venue for everyone, a place which you can enjoy both in the evening and during the day. With a relaxed vibe, you can chill upstairs and enjoy food before you head to the basement for drinking and dancing. But this evening I was here for one thing only, the music. As you descend into the club space, you can feel the bass rattling through the handrails leading you onto the dancefloor. It’s in these kinds of venues that I’ve come to love clubbing and the culture as a whole, From the paint peeled walls to the steel girders, there’s no pretentious glamour here, only four walls filled within banging music. The red-lit dancefloor was starting to fill up as Harrison BDP dropped in the laid-back vibes of a Borrowed Identity remix of Faith. 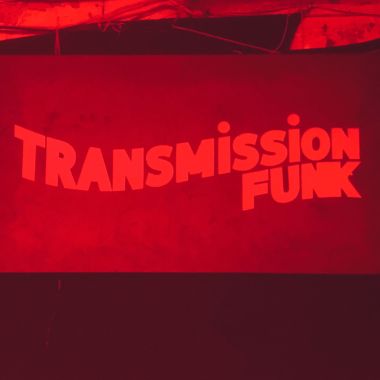 Processed with VSCO with hb1 preset

Processed with VSCO with hb1 preset

As promised the joined efforts of DJ Boring and Harrison BDP were already building an energetic aura on the floor with classic house tracks like Dat Da Da by Kerri Chandler and It’s The Inside That Counts by Phil Weeks. All types of Mancunians are present here, fashionable club goers and music lovers, happily dancing to the thudding beat of the kick drum. The spirit of the UK underground scene is truly alive in Manchester, it’s why I love the city. Turn a corner then you can find a club like Soup Kitchen with an event like Transmission Funk playing fantastic music. The dancefloor fluctuates as DJ Boring drops the needle on Gratiot Avenue Piano by Terrace Parker.

There’s a real mix of musical flavours this evening, from tribal beats in the form of Henrick Schwarz remix of Fulani Rock to tasty acid numbers like Too Long, a Nice7 remix. Harrison grins as he lifts the tempo up with his next tune (Doc Daneeka – Better Dayz) then returns to be completely focused on his current mix. DJ Boring meanwhile is dancing and head bobbing wildly to the tunes in the DJ booth. The crowd now had now become a mass of ravers, everyone well into the parties elevating atmosphere. Now that I see the party at its height I see why Transmission Funk sells out their shows pretty damn fast.

The drop of Beats by Kink was by far one of my favourite moments of the evening, I was positioned at the back of the room, and I could hear the gradual creeping build-up being played by one of the DJs, and then the high octane sound of the mainline beat kicks in and hands are thrown in the air. I made my swift move from the back of the room straight to the front to find the organisers of Transmission Funk partying in the DJ booth along with the DJ Boring and Harrison. The pair keeps the audience guessing with an Elvis T. remix of Chinese, a weird as fuck tune, but sounds cool through a club system. 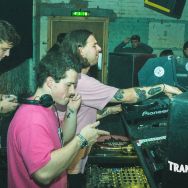 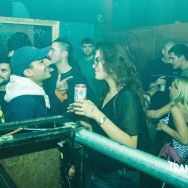 DJ Boring continues to raise the bar with hard-hitting rave tunes with a track from European underground star, Valentino Mora, better known for his moniker, French Fries. The swinging beat of Southside keeps the crowd entertained into the early morning hours. Then as I return from the bar, I hear a familiar but unexpected track coming to the speakers. The unquestionable progressional techno sound of Oxia by Domino. This anthem I’ve known to be played many times in the Ibiza club environment, but its universal appeal shows it can work in an avant-garde event in Manchester too. It goes down a storm as you can see below.

As I leave the Soup Kitchen, party drawing to a near close, I ascend back up the stairs to feel the cold crisp air of the night air hit my face, once again standing in the sprawling northern quarter. Walking down the alleyway towards a taxi to take me home, I can hear the bass vibrating through the doors followed by cheers from the crowd beneath my feet. One question I have in my head, Will I be coming back to Transmission Funk again?

One Reply to “Dancefloor Report #001”